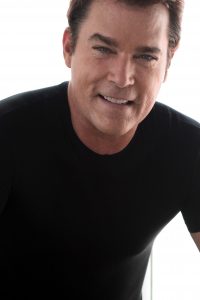 Farewell then Henry Hill from Goodfellas, one of the screen’s immortal creations.

I only met Ray Liotta once, at the Golden Globes in 2003, and I made a bit of a fool of myself.

I blame the PR. She had told me the day before that she would get me in to the Paramount after-party, which was the​ party that year – the 60th Golden Globes – with all the big winners.

She had told me the day before that she would get me in to the Paramount after-party, which was the​ party that year – the 60th Golden Globes – with all the big winners.

In return, she asked if I would agree to meet one of her clients for a chat.

Due to the language difference, I thought she had lined me up with some starlet with a funny American name that sounded something like Ray-Lee Oda.

When she found me at the party I was distracted by the sheer star wattage, gawping at Nicole Kidman and Meryl Streep as they wandered around clutching their statuettes to their bosoms; avoiding Hugh Grant; and dodging the mixed signals of Stephen Daldry who simultaneously told me his wife was about to give birth to their first child and invited me back to his hotel room.

The PR was with a man whom she introduced to me before leaving us to it, and while I was processing the fact that this was not a young starlet at all but a man – a strangely familiar man – my brain sparked into life and began shouting into my head: “Look! It’s the guy from Goodfellas!”

I was momentarily confused until I worked out that the English translation of Ray-Lee Oda was in fact Ray Liotta. At which point I realised I had no idea why we had been introduced, so I began searching for something sensible to say.

Alas, came there none. Instead I took in the fact that he was almost my height, rather than a pint-sized Pesci or Pacino, and gasped idiotically: “You’re very tall!”

“So are you,” he replied pleasantly, which threw me because it illuminated my own inanity.

“And your eyes are very blue,” I added pointlessly, for he was surely aware of that.

“So are yours,” he said, pausing for dramatic effect…

We didn’t, of course. But we had a very nice chat after that, during which he told me all about how he had just produced and starred in a forthcoming film called Narc, and how blizzards had halted the shoot in Toronto for so long that the money ran out and no one could get paid.

It was so bad that they were going to have to abandon the whole film in mid-production until Ray made a few calls and finally found someone with money who was wiling to save the day.

That someone was Tom Cruise, who put in something like $6 million of his own money to bail him out and get the film finished – as well as his name helping get it much wider distribution.

Which gave me a great exclusive, and showed that Cruise can be a pretty decent bloke.

It also reinforced my view that Liotta was a stand–up guy, as he might have said in one of his hard-boiled wiseguy roles. I saw enough of them.

I first saw him in 1986 in Something Wild, followed by that star turn in Goodfellas that made his name. Then I saw lots more: Unlawful Entry, Unforgettable, Cop Land, Hannibal, Blow, Identity…

There was a long fallow period before he re-emerged a couple of years ago in Marriage Story and the Sopranos prequel The Many Saints Of Newark.

I may have had only a fleeting encounter but it has made the news of his death just that little bit more personal.